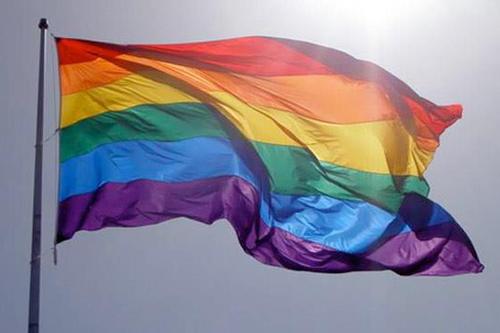 While many schools today are getting more LGBTQ friendly, the below five schools have gone above and beyond. Through discussion groups, events and other resources, these schools have been making great efforts to positively influence the college experience for all of their LGBTQ students and LGBTQ allies.

Events and Programs: Carleton In and Out is a bi-weekly discussion group for those who are questioning their sexual identity. The Gender Discussion Ggroup is a safe space for students to receive support.  And Asexuality Community and Education is a place for discussions of asexuality and aromanticism. There are just a few of the groups Carleton College provides for LGBTQ students. The Queer Peers Program is a great service for Freshman. In this program, new students are paired with upper classroom to learn the ins-and-outs of being out at Carleton.

Other Services:  The Queer and Allies (Q&A) House and Women’s Awareness House are options for housing once you reach sophomore year. There are also female only floors in every residence hall and many all-gender bathrooms located on the campus.

Quote from School Website: “At Carleton you are allowed to explore who and what you are, and the atmosphere of Carleton as a residential college helps build these social networks.”

Events and Programs: Weekly discussion groups at Emory are very diverse so you can find a group specific to what you need. The list of discussion groups include: Queer and Asian, Bisexual and Pansexual, Queer Students of Color, and Trans-forming Gender Group. Events on campus include the Emory Pride Drag show and the Pride Awards.  The Pride Awards occur every year in March to commemorate the campus-wide protest on March 2, 1992. At these awards, the campus celebrates the progress made since the protest while recognizing individual members of the community for the work they do for LGBT equality. In addition, some students are awarded scholarships to acknowledge the exemplary work they have done.

Other Services:  Emory’s Safe Space Program is a 3.5 hour long training program for faculty, staff, and students and it is offered once every month. The program’s goal is to educate teachers and students how to better support the LGBTQ community in order to continually increase the number of safe spaces on campus.

Quote from School Website: “The most visible area we focus on is space. On a basic level, this means creating physical spaces in which LGBT-identified students feel safe to be themselves.”

Events and Programs: The center hosts events throughout the year such as NY (Drag) U and Quench, Standing for Queer and Free Lunch (a frequently occurring discussion focusing on special speakers and current events). There is also a weekly discussion group called Breathing Room, where LGBTQ and questioning students can get together in a laid back environment to discuss their identities and life in general.

Other Services:  Due to the efforts of NYU’s Gender Neutral Task Force, upper class students can now indicate a gender neutral assignment preference during housing selection. In addition to gender neutral housing, NYU has gender neutral and single occupancy bathrooms dispersed across campus.

Quote from School Website: “As an institution that fosters and encourages diversity, NYU is committed to supporting the LGBTQ community, and the center is the liaison dedicated to this endeavor and the voice of the NYU LGBTQ network.”

Events and Programs:  At the beginning of the Fall and Spring semesters, various events such as the Dessert Social are organized for LGBTQ new and returning students. These events are meant for new students to mix and mingle with returning LGBTQA staff and students. Throughout the year, National Coming Out Day is celebrated on campus and Queer Fest takes place. Queer Fest is a two-week long celebration including discussions, writing workshops, Drag Ball, and an opportunity to create your own pride flag.

Other Services:  Baldwin Cottage, a women and transgender housing option, aims to create a safe space for discussion and support of feminist and women’s issues. Trans Ally 101Training is available each year to educate students and staff on gender concerns.

Quote from School Website: “The hope is to break down simplistic binaries of there being just two sexes or two genders or two sexual orientations.”

Events and Programs:  The Queer Resource Center at Pomona serves all of the seven Claremont colleges. One of their main events that brings all of the schools together is GAYpril, a month long festivity in April to promote awareness and celebrate pride. The center also hosts a weekly event called The Dialogue Series where LGBT students and allies can come to talk about identity, coming out, phobia, and more. If a student wants to receive individual support and guidance, The Queer, Questioning and Allied Mentor Program will match them up with two members from the Claremont Colleges.

Other Services:  There are some gender neutral bathrooms across campus and there are gender neutral housing options for upper classmen; freshman can request single rooms. In addition, Pomona is committed to working with transgender students to help them with name changes.