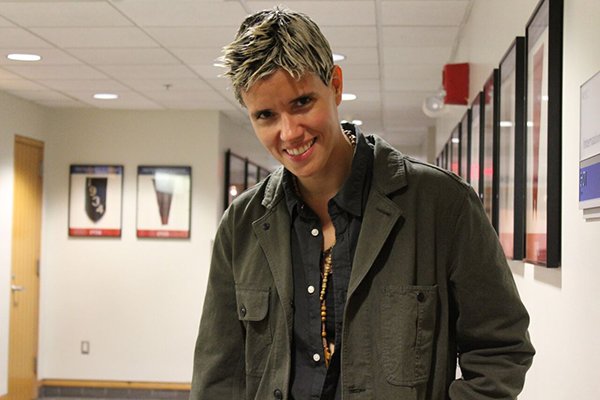 Earlier this month, we announced that Orange is the New Black actress Farrah Krenek had teamed up with UChic as an ambassador for our State of the Girl series – a new content series we recently released that is aimed at uncovering the challenges facing young women today along with potential solutions.

In a previous interview we spoke with Farrah about her experiences growing up “looking like a boy” and not fitting in, and how she eventually found the courage to pursue her dream in acting. Truly the epitome of what we call a “Live Your Dreams Star,” we are sharing a video interview of Farrah answering our top student ambassador‘s questions here:

Farrah answered a couple more questions to show us who she is and what she believes in. Don’t forget to check out the rest of her interview here.

If you could go back in time and give yourself freshman year one piece of advice what would you say?

Don’t be afraid of anyone or anything. The worst you can do is fail. But you just try again. There is no permanent damage from trying. It’s just a different outcome from what you expected. Another thing: change is happening all the time. Suddenly what was such a big deal when you were younger doesn’t matter anymore. If you don’t change or evolve, you’ll get stuck. You have chapters in life. Don’t get stuck on the first page!

Tell us about your activism. What cause is most near to your heart?

I’ve been very involved with Free2Luv.org in their anti-bullying campaigns targeted towards LGBTQ youth and all youth. I’m really focused on injecting courage into youth when it comes to being bullied. If you tell a kid you’ll have perfect life, it’s like saying you’re going to play at the park and not get dirty. You have the strength inside to deal with things. If you want it to stop, you have to start. It’s important to raise awareness about the issue. That’s important. But just because we’re raising awareness, it doesn’t mean that someone who is being bullied shouldn’t have the courage to stand up.

A final question…something we always like to ask: How do you Live Your Dreams?

By being the best I can be no matter what I’m doing. I’m not on the set every day. There are days I’m drinking coffee in my room, working on what’s next. I also believe that it’s not just about bettering myself, but helping other people. I don’t feel happy with just having a successful career. Happiness is genuine happiness when you share that. I have all this love inside me that I wish to share with others. I want students to know that there’s always a different ways of doing things. That’s how I live my dream. I want share my happiness in a way that touches other and impacts them in some way…that my work on screen will affect them in a positive way.