Equal Pay Day: What You Need to Know About the Wage Gap 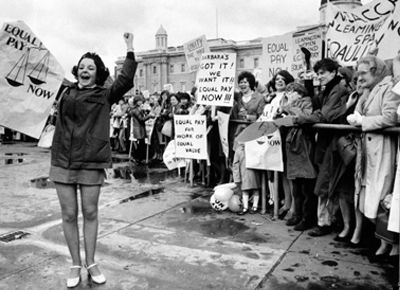 Most of you, whether you are in high school, college or recently graduated are aware that women don’t make as much money as men. This isn’t really new news. But the question begs to be asked: In 2015, are ladies making the money they deserve? The Truth in Numbers:

According to a 2015 report from the Institute for Women’s Policy Research, women still make 78 cents to the man’s dollar in the United States.

So what does this look like over a lifetime?

If you have a college degree, and have worked for 35 years you will have lost $797,238 over the course of your career to unequal pay. Can you believe that?! (The Institute of Women’s Policy and Research provided us with the following research.)

What are we doing to fix this?

There are laws in place like the The Equal Pay Act of 1963 to support equal pay. But the problem is these laws are difficult to enforce.

This is why Equal Pay Day this year, on April 14, 2015 was so important. On that day, people around the globe spread awareness about the pay gap between men’s and women’s salaries. Through spreading awareness and transparency hopefully the gap will close.

Didn’t get in on the Equal Pay Day convo, no worries check out #TalkPay.

People kept talking about the wage gap way after Equal Pay Day. On Twitter, where many stories start, women and men began sharing their salaries on Twitter with the hashtag #TalkPay. Would you be brave to share what you make? Jump in on and see social change.