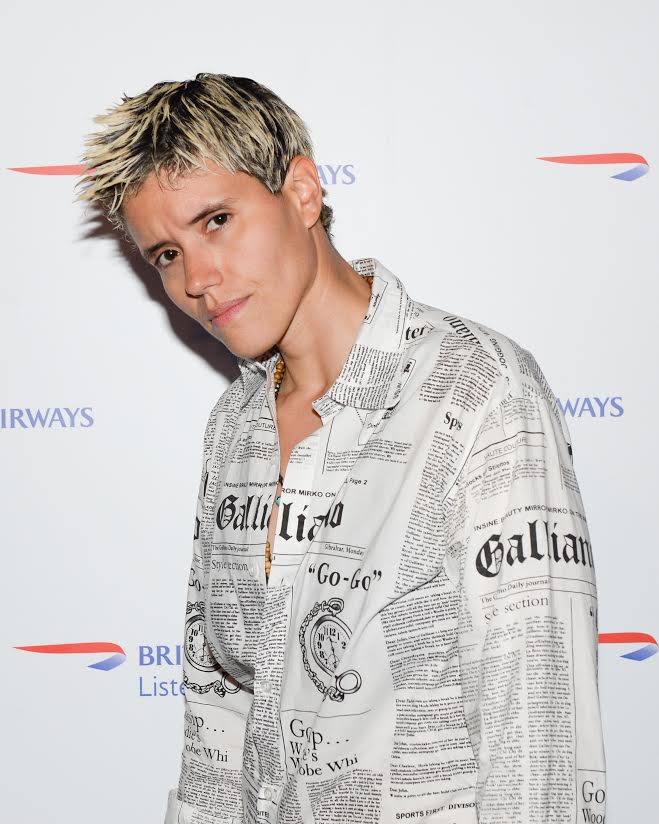 Earlier this month, we announced that Orange is the New Black actress Farrah Krenek had teamed up with UChic as an ambassador for our State of the Girl series – a new content series we recently released that is aimed at uncovering the challenges facing young women today along with potential solutions.

We recently spoke with Farrah about her experiences growing up “looking like a boy” and not fitting in, and how she eventually found the courage to pursue her dream in acting. Truly the epitome of what we call a “Live Your Dreams Star,” we are sharing excerpts from that interview with Farrah here:

Farrah, your acting career is hitting its stride with your role on “Orange is the New Black.” Did you dream of becoming an actor growing up?

Yes! I can’t remember exactly when, but it started young. Growing up, I definitely didn’t fit in. Children didn’t like me; I looked like a boy. I dreamed of creating a scenario where I would have friends. It was almost like I was working on a screenplay. I would imagine myself walking into the lunch room at school and there would be friends waiting for me saying, “We reserved you this spot.” But I never thought my dream of being an actor would become a reality. It was not until I was watching Boys Don’t Cry did I start believing. I was like, “Oh my God. I thought I was the only one who felt the way I did.”

What steps did you take towards your dream of becoming an actor?

It happened through a series of failed jobs! [Laughs.] I was actually three years old when I got my first [acting] job. A print ad scout saw me and wanted to use me in a Gerber commercial. But it wasn’t until my school years when I went for it. That was after trying out several odd jobs. I was a babysitter, an interpreter and I worked for Lufthansa Air. None of them lasted.

Finally I enrolled in Barbizon Modeling and Acting school. I had a good instructor, and got a hard core introduction into what it takes to be a model. It was funny being in a room with very thin girls, especially when I despised makeup. At 6’2’’, I looked like the Paul Bunyan of girls. God broke the mold when he made me! They wanted me to initially be a runway model, but I couldn’t be on the runway looking like a boy. I like to wear jeans and men’s clothes. The androgynous look wasn’t what [designers] wanted at the time.

But I was grateful for the training I got because I did learn. I got the training of a secretary from 1950’s; she had to behave herself and be a woman of class. A real model is lady who has a certain type of class. I carry that with me on all the sets.

What did you do next?

After [finishing school], I felt like I couldn’t find my place. I traveled to the Czech Republic. I finally signed up with my first casting agency, an actors’ rep. I literally started at the bottom, going through 3 to 5 years of making bets every day. It gave me so much gratitude for where I am today. Anything in life is like that. Not just acting. Medicine. Law. If you have to cry during those nights of study to get to where you want to be, it is worth it in the end.

What kept you going during those difficult times?

My mother was a great supporter. She was there for me constantly, even when I was crying. And I’m not the kind of woman to cry over rejection! If you want to be an actor, you need to have thick skin. You have to give the best you have every time even when they are always saying, “No, you’re not the type we are looking for.”

What also kept me going was my desire to want to fill a theater with girls or boy that look like me. I was tired of seeing cookie cutter girls and men in the theater – the straight crowd or gay crowd trying to look heterosexual. I knew those people are out there; I couldn’t be the only one that didn’t fit a mold. I wanted to help someone through my acting. I didn’t want another generation of girls to grow up feeling like me, watching Beverly Hills 90210. Don’t get me wrong. I loved the show. [The characters] had lives, but I never had that kind of social life as a teenager. Truly, my pursuit to be an actor is show others there is a different way. It’s a gift I want to give others who don’t feel like they belong.

Your bio talks about the intense teasing you endured growing up because you looked like a boy. How did you come to be so confident?

I wish I’d been like that my whole life. It really wasn’t until my late 20s until I started finding my confidence. I’m happy can offer this at this stage of my life. I’m open to meeting new people, out of the blue. If I can make them laugh, that’s a good day.

What is it like to have found success as an actor on Orange is the New Black – one of the most talked about TV series today?

I’ve finally found my voice on this show. For the first time in life, of all the sets I’ve been on as an actor, Orange is the New Black has brought me to life. I put on that prison uniform and it felt like me. The directors said from day one: “Farrah, it’s OK to be you. Do whatever it is that you’re doing.” It’s the easiest character I’ve ever done. And for the first time, I don’t have to wear makeup! I just give it my heart. I love everyone involved with this show because they just took me as me.

Where do you go from here?

I’ve got several project in the works. I’m currently working on Season 4 of Orange is the New Black. My big goal? I want to be the face of LGBTQ cinema. I want to make that a reality. I want my mugshot in a major gay women’s film, so those people I was searching for growing up can see someone who understands them. Sometimes you need that. I can’t solve every lesbian or gay boy’s problem. But I want them to know that it’s going to be OK. Gay or straight – it’s important for girls to always respect themselves. Life is such a gift. Always be asking: What’s my purpose? What’s my meaning? Everyone has meaning.

As an ambassador for UChic, Farrah Krenek will be sharing her inspirational story and advice with University of Kansas students tonight at “Dare to Dream KU!”