“I Was a Failure”: How Almost Losing It ALL Helped Me Find Purpose 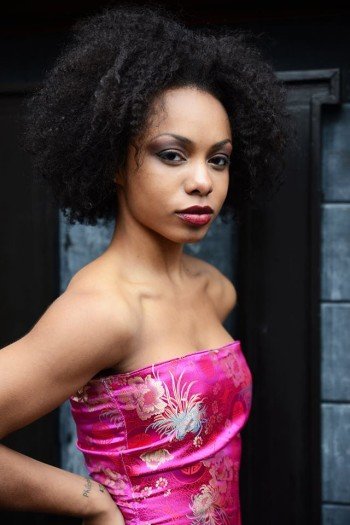 I Wish I Knew is a series of personal essays written by the courageous young female ambassadors of UChic. Learn how to survive and thrive during your freshman year from girls who have been through it.

This week we are featuring UChic blogger and ambassador Brianna Woods. Woods is a student at the University of Missouri.

I had the worst freshman year.

Upon graduating high school, I was eager to leave the nest for college. I knew what organizations I wanted to join. I had met other freshman over social media. I also toured the campus and became familiar with buildings and dining halls. I thought I had it all figured out.

However, I was wrong.

Upon enrolling into college, I was not prepared for its social atmosphere. I stepped on campus very  innocent, very naïve, very nervous and very excited. I had a boyfriend so I avoided a lot of the social scenes that made me uncomfortable. I was still adjusting to having the freedom to make my own choices and create my own curfew.  I went out to a few parties, but I did not invest in friendships the way that I should have because I was still learning how to balance a relationship and still maintain a social life.  I began bumping heads with my parents because of the independence I was developing. When I was not with my boyfriend, I was studying or looking for the best organizations to join.  I over-committed to several clubs.  Soon I realized that I did not want to remain active in these clubs because they did not suit my passions or interests. However, I continued to attend their events and meetings. I wanted too badly to become involved and be noticed.

I ran myself thin.

Due to a mix of stressors from my relationship and over-involvement on campus, I became very sick physically and emotionally.  After seeing the doctor I was told that I would have to miss a week of school. I was advised to withdraw immediately from college to save my scholarship.

I moved back to Oklahoma City. My parents were sad and infuriated with me. I was told that I had to work full-time to be able to return to back to college. My heart was broken; I was sick; and no longer enrolled in college. I felt like a failure. I began investing in any talent I possessed to cope with the situation.  I developed a strong sense of spirituality and individuality. These were the only things I had.

I realized my purpose.

I created a logo and developed a brand for anything I have made or designed.  I organized photo shoots to promote the brand.  I began writing vigorously for my website.  By doing these things, I discovered my dream. I wanted to be a freelance designer, writer and marketer for multiple mediums. I also love giving back to others through charity work and donations. I know my dream sounds vague, but it is because there is so much I want to do. Interesting enough, as a senior in college I have been in fashion shows, designed logos and clothes, promoted  entrepreneurs and photographers, modeled, painted live, donated artwork and supplies, written monologues and poems, and served as a mentor or sister to several women. You can live out your dreams. Take it one step at a time.

The advice I would give to my freshman self would be and other freshman would be:

You can’t please everyone.
Be yourself.
What is destined for you will be for you.
Stop waiting for someone to help you. Help yourself.