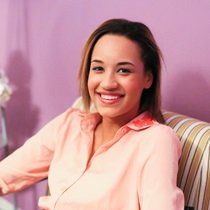 My dream is to become a White House Correspondent.

Being immersed into an elite socio-economic environment and going to a rigorous and well known private school in Kansas City, I was completely out of my element. Being a minority student on a full-ride scholarship with a single parent, all eyes were on me. My classmates’ parents were CEOs and the kids themselves were academic marvels. At school, I was expected to delve into all the different realms offered. After all, I was a scholarship student who was to take advantage of all the opportunities. Playing varsity sports as an underclassman all while trying to succeed in college prep courses, I was overwhelmed. After being diagnosed with anxiety disorder my sophomore year, I needed help. My grades were starting to suffer as well as my well-being. With outside guidance from friends and family, it was best that I leave the school. Finding my next school was difficult. After looking at several options, I became interested in a performing arts academy. I quickly learned that Paseo Academy was the perfect fit for me. While a student at Paseo, I found my passion. I found out that I belonged in front of a camera as a storyteller. With the exposure and opportunities Paseo gave me, it prepared me for real world immersion into a career. Had I not come to Paseo, my educational outcome would have been very different. Instead of thriving to be a storyteller through journalism and documenting real change throughout the world, I could have become a doctor or engineer. Though those lucrative careers often come with lucrative paychecks, I would not have been fulfilled. Instead, I decided to follow my dream. Paseo gave me endless possibilities to succeed. From prestigious private school, to public school, to Iowa, and now to DC, I’ve strived. Working with PBS National NewsHour and being a student reporter for the past year, I realized that all the tools I need are within myself. With drive, passion, and the will to succeed, I turned a negative into a positive and a future into something real and feasible.

The moment I sat behind the anchor desk and introduced myself into the lens, I realized that was where I needed to be. All my life I’ve been outspoken and socially outgoing so to do that in front of a camera all while getting out important information about our everyday society came naturally. In that moment, I found my passion for broadcast journalism and I realized that my voice could affect an audience greater than just myself.

Pursuing any dream is hard. In education, you’re taught that you should pursue your dreams, but you should also pursue something tangible. I think one of my greatest challenges is finding the capability to pursue what I love, which is broadcast journalism. Journalism is a very cutthroat and competitive field of work. It’s smart to get ahead early. Getting ahead for me would be through internships and travelling opportunities to meet big players in the industry, but I just don’t have the means to do so without the help of scholarships and funding.

If I get funded I will:

A $1000 scholarship funded by UChic would help me explore and apply for outside opportunities that I could not afford otherwise. Often there are programs I want to try and be a part of but those programs take money. Money that is not as accessible for a single-parent home.

My quote of inspiration for others:

If I could change one thing in the world, I would reverse the challenges and reputations put on women for wanting to succeed while trying to live out their dreams of being female leaders in the twenty-first century.