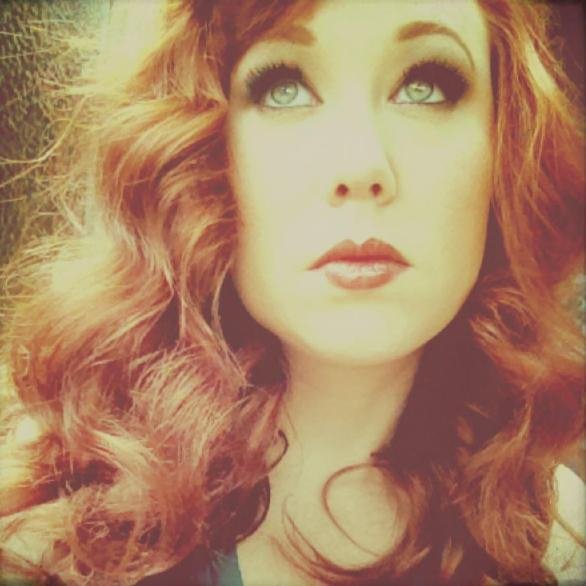 Meagan Ferguson is a fashion designer currently living in Tulsa, Oklahoma. She has worked for Disney, recently designed for Kristin Chenoweth and currently is working for Theatre Tulsa.

What made you make the move from New York to Tulsa?  Now that you have lived in Tulsa do you think that you will ever move back to New York?

Oh, where do I start!  I committed to working in Tulsa because I really believe in the vision of Theatre Tulsa and Sara Phoenix, the artistic director of Theatre Tulsa.  From day one with TT, it has been an adventure, and we have already begun to see the benefits of everyone’s hard work.  We have a trajectory of where we want to be as a Theatre, and I am excited to be in the foundation group of professionals making that happen.  I often get asked if I will go back to NYC or LA. The answer is eventually, yes.  Though, I know I am exactly where I need to be right now. There are definitely pros and cons to every city.  I think it’s important to remember you don’t have to live in NYC or LA to live your dreams. Almost every city has a need for designers.

How has working with teens changed the way you see yourself as a designer?

From working with our teen apprentices at Theatre Tulsa and designing for them in our junior productions, it has definitely given me patience.  As a designer, I work on very strict timeframes. So I am all about time management and not wasting time.  I have to stop and remember that children get so excited when it comes to seeing their costumes and it makes me so happy to see them get excited about something I have made.  I try to remember back to when I was performing as a child, and how excited I was to see my costume for the first time.  It’s good to let loose and have fun in rehearsals!

What is something you are trying to teach the teens you work with that you wish you would have known when you were first starting off as a designer?

I like to impart to them how imperative networking and a diligent work ethic are in this industry.  A good example of this is when I was studying at the Fashion Institute of Technology, and I was on the student volunteer team.  One of my first jobs was coordinating Fashion Week volunteers.  While we were setting up tables for the fashion show producers, I was able to strike up a conversation with two producers that were seeking costume stylists for a television pilot.  We ended up talking for a good 30 – minutes about my career.  And they ended up hiring me as the lead costume stylist for the pilot!  I also like to share my stories of interviews and contracts that I have done, so they have a better understanding of how the industries work.

Was there ever a time that you hit a roadblock with your creativity and you wanted to quit?  How did you get past it?

I definitely think for all creative people, you hit dry spells in your career.  It’s important to never stop creating, even if you are just doodling on a sketchbook.  You always have to keep that flow going or you can get stuck in a creative rut.  For me, I am surrounded by highly creative and motivated people that keep me in that zone and challenge me to do more!  I think that is also key – surround yourself with people that challenge you creatively – I have always found that bouncing ideas off fellow creative people makes my designs better.

Where did your inspiration to become a designer come from?  What is something that has helped you live your dream?

My inspiration to become a designer came from two places; my grandmas and literature.

My Grandma Betty, was an expert seamstress who taught me how to sew when I was about 4 years old. My Grandma Nona owned a Children’s clothing store called, “The Strawberry Basket.”

Grandma Nona would take my older sister and me to the market, and let us pick out some garments to carry in the store.  Fashion and creating was such a huge part of my childhood.  I would spend my summer days in my grandma’s sewing room creating costumes for us to play dress up with, or creating dresses for my Barbie dolls.

Literature is also a huge inspiration for me. When I read a novel or a script, my mind immediately dresses each character to a “T.”  I get so inspired by the character’s story; their mood, their circumstances and how that affects what they wear.

What has helped me live my dream is defining my goals at a very young age.  I have the quote by Eleanor Roosevelt framed in my workroom, “The future belongs to those who believe in the beauty of their dreams”. I always knew that in order to live my dreams I would have to be willing to make sacrifices.  Designing takes a bit of talent, but it is mostly passion and hard work that makes one successful.  As a freshman in high school I wrote down that I was going to attend the Fashion Institute of Technology, and that I was going to work for Disney.  I think whenever you have a very distinct goal in your mind; you subconsciously make decisions that help you obtain your goal.

How would you describe your design aesthetic?  What is your favorite thing to design?

When I am designing menswear, my aesthetic is what I like to call “New England Nautical Chic.” I adore Ivy League style; everything from embroidered velvet loafers to plaid dinner jackets. When I design menswear, I like to think of a man that attends an Ivy and is a member of a secret society.  He goes rowing and attends to polo matches on the weekend.  His family owns a weekend house on the Cape, where he spends most of that time sailing.  What would he be wearing do these outings?

My aesthetic for womenswear is vintage 1940’s and 1950’s style.  The silhouettes of those decades are extremely flattering on all women, and are worn with such an elegant ease.  Most of the clothes I make for myself are 1950’s circle skirts, pencil skirts with a 1940’s hem, and tailor jackets with dramatic peplums.

As per my costume aesthetic, I am incredibly theatrical, but with a high fashion twist.  I love colour, and I refuse to put black on the stage unless it is extremely necessary for the character.  For example, when I was designing Les Miserables, I knew that I didn’t want a sea of grays and blues on the stage as you see in most productions of Les Mis.  With characters like Cossette, I imagined her costumes as if Alexander McQueen was invading my brain.  I wanted traditional silhouettes of that period but with a “dark twist.”  I used amazing silks, hand tatted laces, and cameos on her costumes with dramatic headpieces.

What is has been proudest moment of your career so far?

There are several moments in my career that I have had some incredibly lucky breaks, but one that stands out the most was recently when I designed a costume for Kristin Chenoweth, for her nationally televised live show, “Kristin Chenoweth Coming Home.”  The entire experience was something that dreams are made of.  Her director for the show was the one and only Kenny Ortega (director of Hocus Pocus, and director and producer of High School Musical).  When I delivered the costume I made for Kristin to the rehearsal, not only was she giving me praise for the costume, but it was also shown to Kenny, who told me it was, “absolutely fabulous” and that I did a great job.  It was such an amazing experience, and I can’t wait to see my costume on national television on Thanksgiving Day!

If you could give young girls one piece of advice what would it be?

Both Costuming and fashion are hard industries to be in.  I am very lucky that I got the opportunity to start honing my skills at a very young age.  I recommend sewing classes, and sketching classes.  Education is so important.  I am still technically in school, as I want to earn my Masters degree in Costume History.  There is always more to learn, and new skills to acquire.  You need to realize from the beginning that it is going to be some of the hardest work you have ever done in your life.  When I am in the midst of a show, I literally sleep 3-4 hours a night.  There are times when I have really wanted to give up, from being so stressed and lack of sleep, but I always tell myself, “Ok. You have two choices; you can give up, or give it all you’ve got!”  If you are willing to never give up, no matter how hard it gets, you will be successful in either of these industries.

New York and LA are full of girls that move there with the idea they are going to make it big in the design world.  Most of them don’t realize that working on a stage show, television, fashion week, fashion market, etc. is not in anyway the glamorous life you read about in novels or see on the big screen.  I knew so many girls that gave up after only a semester or two because it wasn’t what they thought it would be.  New York is hard… but for me, it was worth it.  The two best decisions I have ever made in my career was going to work for Disney and later moving to NYC in my later 20’s.  I would definitely say do not move to NYC before you are ready.  It is not an easy life, but if you are diligent and passionate, you can make it work!