Meet the TV Writers for the Hit Show: ‘Secret Life of the American Teenager’ 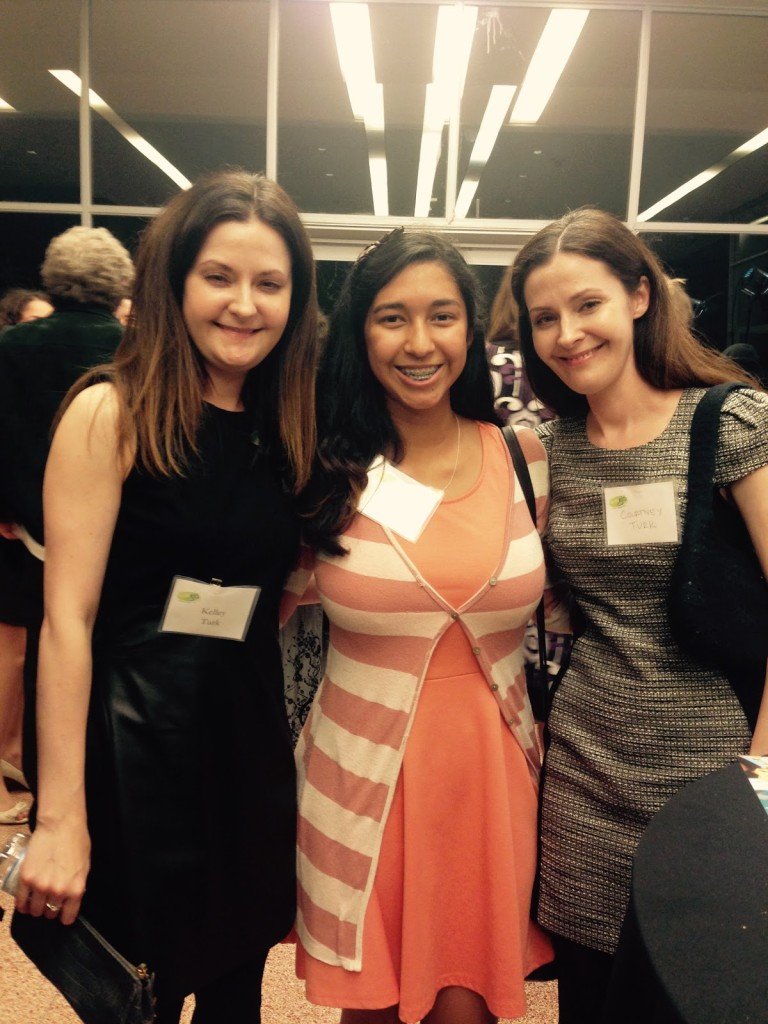 This interview is a part of our Live Your Dreams Stars series where we feature awesome young women who are changing the world one amazing dream at a time. LYD!

Courtney and Kelley Turk are twin sisters who wrote for “Secret Life of the American Teenager” and “7th Heaven”. They are based in Los Angeles and volunteer with a nonprofit that mentors female teenage writers called “WriteGirl”. These LYD Stars found their dreams in screenwriting and television. Read more to learn about their journey as twin writers.

How did you guys realize that you wanted to be writers?

Kelley: I took a writing course in college and we had to write a spec script, so that’s when I did Frasier. [Courtney] took the class the next semester and her professor said “You guys should totally write together.” So that’s what started it.

Courtney: Yeah I was a film major, but by the time I graduated I was a TV writer. Perfect timing.

Did you start off studying film?

Kelley: No I was kind of more along the production side of it, and then I just took a bunch of screenwriting courses.

How did you find opportunities to write?

Courtney: When you get those jobs, like PA jobs and Writer’s Assistant jobs, it’s great to do the job well because usually a writer will be like “You do a really good job, what are you interested in?”, and hopefully they’ll offer to read your work, which is what happened to us. Writers read our work. We were very lucky they were in the position to hire us. So you’ve just got to always be a good person and work really hard and have your scripts ready. So when they ask, you’re like “This is finished”.

Have you guys ever written a story about twins?

Courtney: We did a TV pilot about twins. At the time our agent said they would sell it, but they didn’t sell it. But it got us some meetings and it was our calling card for a while. It’s good to have [a calling card] but then you want to show your range of work too.

Have you ever written a book?

Courtney: We wrote a book but it was kind of a tie-in to the TV show. That was for Secret Life. It was a totally different beast. It was actually a really quick thing, we had to write it in a month, which was crazy and we hadn’t seen the show because we hadn’t worked on the show at that time; so we were watching the show and then writing the book at the same time. The book was supposed to be the diary of one of the characters in the first season. We would watch one episode and that was a chapter of the book. That was probably the hardest thing we’ve ever had to do because we had to mail it to New York, I remember we overnighted it because we were writing until the last minute. They edit you so we were worried we wouldn’t make our page count if they edited us down. It’s very stressful but it turned out fine.

What was it like working on Secret Life of the American Teenager?

Courtney: It was fun because it was the only show we’d done where we were on the Warner Brothers Lot while they were filming. All the other shows we’d worked on before, we weren’t right near the set. So we could just watch them shoot if we weren’t in the writer’s room and that was really cool.